Five years ago, BLOB® EUROPE, the general agent of BLOBs® and BLOBBING® in Europe, brought this water fun from the United States to Europe and since that, the success of BLOBBING® makes its way. 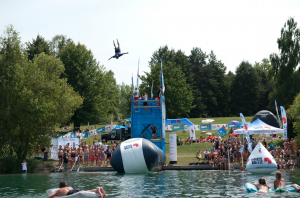 Since the first day, BLOB’s® EUROPE’s vision was to create an freestyle sports out of this summer trend. It’s going on for four years now in Austria and Germany and many more countries are likely to adopt this new trendsport movement. BLOBBING BATTLE® grows its fame and more people want to take part in this unique competition and also the interest of media and publicity is enormous. 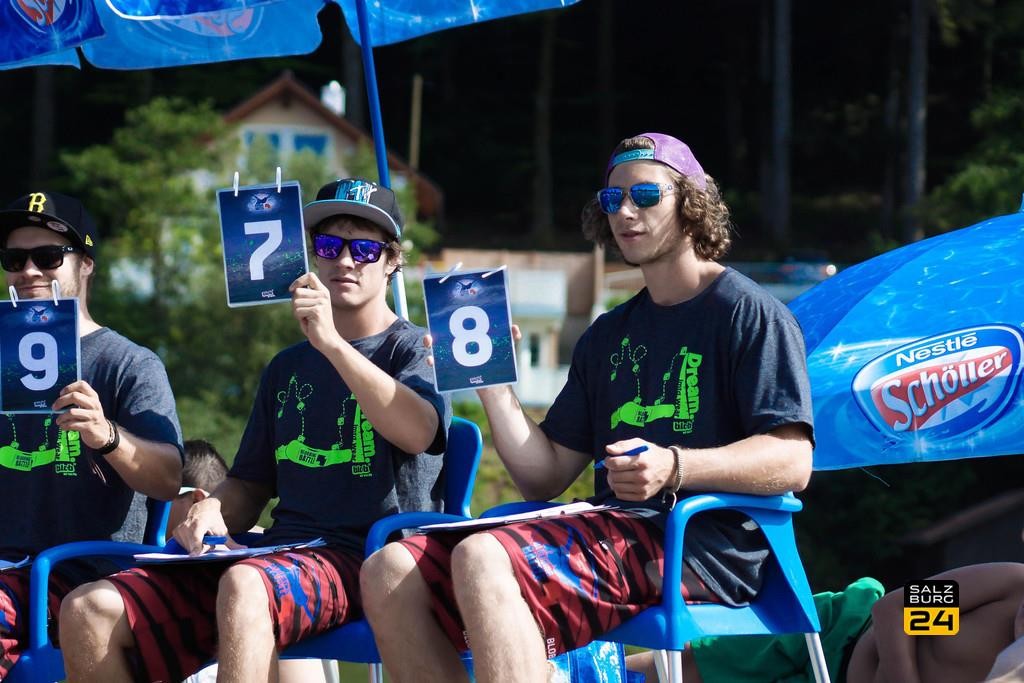 BLOBBING® is far more than just being catapulted in the air. BLOBBING BATTLE® are the sports competition league of the brandnew sports BLOBBING®. Just after a few tries, the BLOB-flights are controllable and trained Blobbers can act out tricks like flips, spins, grabs and many more. A team consists of 3 members: 2 jumpers & 1 blobber. The judging at BLOBBING BATTLE® is licensed by the World Blobbing Association (WBLA) und on the basis of this experienced BLOB®-judges are scoring through to team-performance, style (difficulty of tricks & landing) and also airtime (height).

It’s not just another sports competition. Beside sports, also music, lifestyle, summer/beach flair and party counts. It’s about having a good time hanging out with your mates at a nice location or spot like a beach listening to good music and much more. BLOBBING BATTLE®-events are the most staged on within two days: 1st day: „Free Blobbing®“ for everybody, trick workshops, qualification contest, dj-contests, side- activities (f.e. slacklining, stand-up-paddling, etc.). BLOBBING BATTLE® BEACH PARTY: in the evening of the first day, there’s always a nice party in great flair near the water on the beach. 2nd day: This is the day of THE BLOBBING BATTLE tournament. Teams are competing each other during pre-rounds ( KO-system). In the finals it turns out who is going to become BLOBBING BATTLE champion…